New York City, being the Big Apple and is the world’s hub for businesses, elite families and tons of job opportunities, it has been visited by various individuals of various cultures and races and is likewise a residence to the most diverse people in the world. Almost everyone in the city is not a local and some even come from different continents. It’s vacated by Asians, Europeans, Africans and many, many more that one would tend to forget: What really is the nature and characteristic of a New Yorker? Like the tourist such as yourself, you would want to educate yourself on how to mingle with this crowd and how you can easily blend in so you would know the what to do’s and what not to do’s when it comes to interacting with the people who live here. You wouldn’t want to say something that would probably get you slapped in the face or cursed at when you didn’t intend to offend someone there now, would you? Here are the top ten things a tourist could do that would probably offend a New Yorker.

As mentioned, people here are from different races. Some have migrated here while some are genuine New Yorkers. However, one is very common about them all: they do not like it when you curse and they probably don’t know what it means, especially if you’ve got the habit from your city of origin. Like that of the Brits, cursing for them is like a touch of sense of humor. However, when you curse like a brit in New York, it could appear as you were an obnoxious person who doesn’t know any manners. What? Like saying, “bullocks” is something that they would get right? And you probably use it almost in every sentence that you speak to other people without even realizing it? So, in order not to wear out your conversations with a New Yorker, keep the sentences simple and if you really have to curse, make sure it does not suffice in every sentence that you could ever manage.

2.) Bragging About Your Hometown

About Bragging from Celestine Chua

Like any other traveler, when you are alien to a place, sometimes, you just can’t help comparing it to your home court. Now, this could turn into a very lengthy argument when you brag about your place of origin to a New Yorker. Remember, you are the visitor. Meaning, bragging about your hometown would not be very interesting to them because they would just probably say, “If you love your country so much, why are you even here? Are you a diplomat or something that would like to get a word out about your place?” See, now that’s not a good start to a conversation now, would it?

Yankee Stadium – Cold Beer on a Hot Day from wallyg

The New York Yankees is a famous baseball team that’s been known to New Yorkers and the world in general. However, when you’re traveling south of the city, if you don’t want to offend those ones living on the other side of town, calling them the “Y” word would definitely earn you a stern look or a disgusted snarl so, you should probably make sure which type of New Yorker you’re talking to or it would be like the worst types of introductions that you’ll ever get anywhere around the city.

Tipping has been a practice throughout several places in the world of dining and services. However, when you’re in New York, it could come off as offensive especially when you give it cheap. Yes, you hear right. It could be offensive to the butler that rendered his service during dinner for a three-course meal just that you will leave a small amount as a generous gesture. Trust me, it’s not too generous for them when it’s just a couple of 3 Washingtons! Here in New York, if you’re the one who’s paying for dinner, never withhold on service unless all of your companions agree that its service is sloppy and they somehow deserve the cheapness you’d give them.

5.) Qualities Of A Best Friend

The Perils of Karaoke from Boogies with Fish

They say, when one is a very good friend, you can absolutely say things to each other that are so harsh that you both could end up laughing, right? Now, if you’re in New York and you have become friends with somebody there, never, ever act like their best friend and call them a whore as a joke because they would probably just curse at you to your grave. That’s right! New Yorkers are somewhat sensitive so you better make sure that what you’re actually relaying is less offensive than you mean to.

As mentioned, the people here are a mix of origins and races. The first mistake that you could ever say is “Hey dude! Do you speak Chinese?” to an Asian dude only to have him say, “Dude! I’m from New York!” and dash away like you’ve just said something ghastly ay him. You have to keep in mind that it’s not your responsibility to perceive the New Yorker’s origin. So, in order for you to be in the safe zone, make sure you let them say it to you rather than you guessing the wrong race. You’d be better off that way.

New York is jam-packed with fast food chains and street stalls that sell greasy and fatty cuisines. Let’s say, you’re from Thailand. Well, Thai food is just the best! It’s filled with herbs, spices, sprouts, noodles, and all that healthy food stuff that makes the body, well, healthy! You see, Thai food may be all that, but so is the New York Burger and Pretzel. It may not be as healthy as Thai food or Chinese food, but, voicing it out like New Yorkers will die early because of their hasty lifestyle and unhealthy food is not one way to impress one! Just take your burger, savor the happiness and shut up about it already. You can have your veggies and your steamed meals when you get yourself back home.

8.) Shy Type Is Not Their Thing

New Yorkers are rather friendly, don’t you think? Most of them would just pass you by, but those who are courteous enough to address you probably needs the courtesy back. If you’re the shy type, you should at least manage a genuine smile because it’s quite offensive for them when they’re being friendly and you’re being monosyllabic. Instead of being the shy type, it might come out as though you are rude and you’d probably be lacking with friends to mingle with while you’re in the big city. Remember, a traveler could use some friends on an alien trip so, make use of that smile and be courteous to everyone you meet. Just make sure that they’re not the overly-friendly types that would take your wallet or something.

Tourists on the subway from Ed Yourdon

When you’re in New York, having a fun time at the Park, buying those oversized hotdogs or oversized hand puppets that are sold at the streets by bargaining strangers forcing you to buy these immaterial things that are just close to nonsense, you would think, “Man, ain’t this a cultureless place!” If you think so, well keep it to yourself, honey! It’s not nice to voice out that New Yorkers are unsophisticated. You probably are just in the wrong place where you don’t get to meet too nice people so it would be best to plan ahead on the places that would fit your personality before you get to be too carried away by its different sides.

Last but not the least, it might be a wrong idea if you would tell stories to your companion while you’re making your way through the city and say that people here aren’t very polite. Most people who live here are pressed on time, always on a hurry, juggling on jobs and some are even on a horrific divorce crisis that you would not get anything nice from them. Note to self: it happens everywhere! Everyone experiences bad and good days. It’s just that, New Yorkers, since they live in a busy city, they tend to be moving like a flash that they forget to say “Please”. It doesn’t mean they are rude. You are just probably taking it too seriously. So, when you talk about it in public, make sure no one hears you or the locals will really be rude, intentionally.

For more information on things to do in New York, click here.

For hotel bookings and reservations in New York, click here. 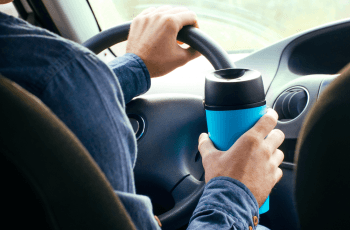 If you’ve ever had to travel during the early morning … 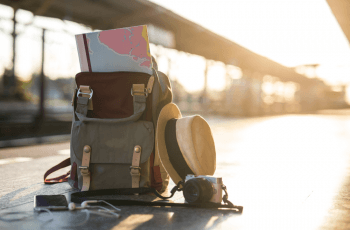 Backpacks ensure you get more freedom which other travel bags … 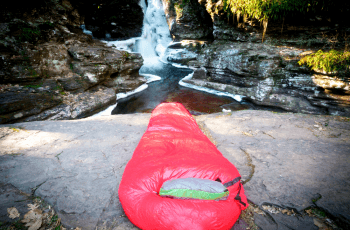 I have always loved camping. From the desert to the … 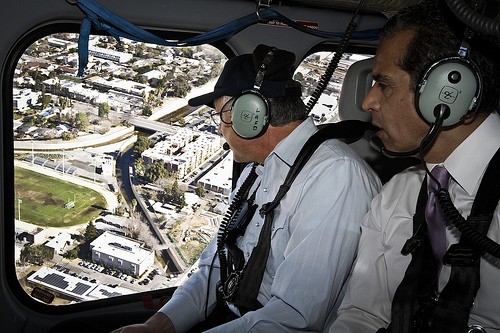 As we all know, Los Angeles, also known as the …