Many tourists are not even aware of the amazing caves of Mulu. In fact, this area contains a variety of the biggest and most impressive caves anywhere on the planet, and it should not be missed by people who really appreciate caves.

Going On A Mulu Caves Tour

You can take daily tours of the four caves inside of the park. You also have an opportunity to make reservations to go even further and explore a variety of “wild caves” on a specially arranged guided tour with experienced guides.

To take a tour, you can simply register at the headquarters of the park. There, you will have to pay an entry and guiding fee. You do not have to make reservations if you don’t bring a very large group with you. If you do plan on bringing a large group, it is a good idea to call ahead for reservations. That way, you have a better chance to keep your group together and enjoy the tour with plenty of guides.

Besides arranging tours with the park, you also have the option of using the services of local tour operator businesses. They also use licensed park guides for their tours, so you can be certain of a safe and pleasant experience during your time under the ground.

How Were The Mulu Show Caves Formed?

These caves got formed because of the power of water gradually dissolving the limestone in the ground. Also, powerful rivers once flowed through here, and they helped cut the caves. Each of the four show caves is different, so you will probably want to make time to see everything as long as you are in the area. They are very beautiful, and they are bound to be fascinating experiences for any student of geology or anybody who loves natural wonders.

You can take a comfortable stroll along an area known as the Rainfall Discover walk. It winds through dense and rich forest and beside the rushing rivers. Your first stop will be the front entrance of the largest cave passageway that has ever been discovered in the entire world.

You might stop in Deer Cave’s old riverbed and consider the force of ancient flowing water that roared through with enough power to toss around giant boulders and then cut the walls you see around you. Look over your head, and you will see lines of water that still streams from the top and joins the river that you just passed. This cave is not frozen but is still changing and growing as the moving water continues to flow.

You should hear a squeaking noise then. That is caused by three million bats that make their home in the cave. These are called wrinkle lipped bats, and they will begin to stir before dusk. That is when they depart the cave to find insects to feed upon. Don’t worry. These bats are not interested in trying to feed upon people, and they should not be any threat to you or your party.

You might be surprised to see actual birds flying around in the darkness. These are called swiftlets, and they roost in the cave after dark.

Now you can follow the cave path on to your next surprise. As you wind down the path deeper into the depths of the cave, you will suddenly come upon a scene that seems out of the Garden of Eden. In fact, you will find a green oasis in the cave, lit by streams of sunlight. In fact, nearby streams of water are called Adam and Eve’s Showers because the oasis strikes many people as looking like the Garden of Eden.

Indeed, Deer cave is a magnificent and awesome adventure in itself. But your tour is not not because you can find another cave, called Langs Cave, only a hundred meters away.

Langs Cave is not large. It has been described as small and intimate. This caves walls are decorated with what looks like shawls. These actually are layers of stone. Also see pools of water on the floor and glorious stalagmites and stalactites all through the cave.

You will also have better luck seeing the bats that live in this smaller cave. You may also spot small white creatures in the water pools, and these are called cave prawns. Look up, and you may see strands of web that has been spun by a creature called the thread warm. These strands are intended to trap insects for meals.

What Else Is There To See At Mulu?

Once you are finished with your tour of the caves, you can take a position in the bat observatory. From there, you can watch the evening movement of bats from Deer Cave. While you are waiting, you can buy snacks and drinks to refresh yourself from your explorations.

You might be interested to know that 12 different types of bats have been spotted within Deer Cave. The largest is the group of Wrinkled Lipped bats, and experts believe that the cave holds anywhere from 2.5 to 3.5 million of these bats alone.

Inside the bat observatory, you will also find a closed circuit TV to watch the bats inside of the cave. This allows you to see these animals up close, and it is really interesting. Without this remote TV system, it would be almost impossible to really get a good look at the bats interacting in their natural home.

Of course, bat hawks are also waiting for the bats to emerge. They roost up on the face of the cliffs. As the first of the bats emerge, the bat hawks may swoop down at their prey. The bats will emerge in very big ringed patters, and they will move across the rainforest in a dazzling display of spiraling ribbons of bats.

Scientists believe that each bat eats about five to ten grams of insects each night. Of course, all of that food from millions of bats means that the creates will return home to deposit a lot of bat droppings, called guano, in the floor of the cave. This is one piece of a big ecosystem that begins with insects and moves up the food chain to their predators and the animals that prey upon the predators.

Expect the bats to exit the cave after 5:30 PM. On some rare occasions, they leave earlier. On other rare evenings, they never leave the cave at all.

Returning back to the park’s headquarters just after dark is also a magical trip in the forest. You can hear frogs and insects, and you might see fireflies.

How To Get To Mulu Caves Sarawak

There are three ways to get to the Mulu Caves Of Sarawak. The easy way would be to fly in from Miri, which is a city in Northern Sarawak. Daily flights are available from Miri to Mulu which is operated by MASWings.  There are also direct flights available from Kota Kinabalu and Kuching.

For the more adventurous, a long boat ride which involves changing to a few boats is possible from Miri to get to Mulu Caves. You need to travel to Kuala Baram from Miri via land and from there ferries are available to take you to Marudi. From Marudi, a smaller boat will take you to Long Terawan, but these need to be checked in advanced as they may not operate at all on certain days depending on the river water level or the number of passengers. From Long Terawan you can hire a local longboat to take you to the park.

You can get to Mulu Caves by hiking from Limbang along the Headhunter’s trail. Although the trail is well marked it can be confusing at times because of the changing environment. It is better to contact licensed operators as the journey will be well worth it as it involves upriver cruising and a stay in a longhouse as well.

Many rivers might claim to be the world’s most beautiful.  … 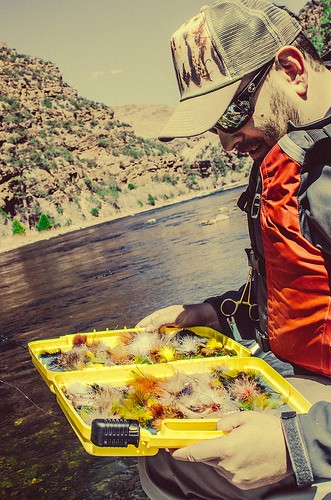 When you talk about going fishing and would want to … 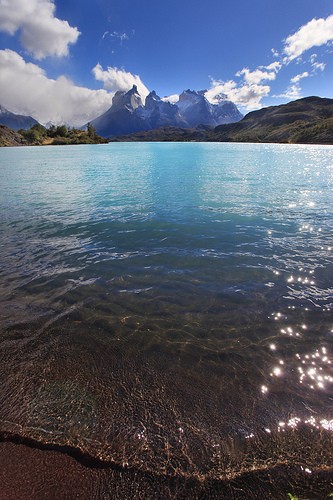 If you’re looking for a Kodak moment, then these dramatic …