Home
Discover
Cruise Along The Beautiful Continent of Australia

The 3-Night Sample Australia Cruise aboard the Voyager of The Seas by Royal Caribbean International would start by departing at Sydney on January 22, 2015 at nine in the evening. During January 23 until January 24, 2015, you will be cruising through the waters until you will arrive back at January 25, 2015 at Sydney again at six in the morning.

Sydney is full of activities that the kids will love. During the mild winter weather makes mid-year a perfect time for everyone in the family to get out of their cruise ships and explore the many attractions that are within the city which are also easily accessible by public transportation.

While you’re in Sydney, visit the Sydney Observatory in The Rock where you can enjoy a virtual tour to the moon, planets or other solar systems that are believed to exist in outer space. The kids will marvel how magnificent the outside world is through amazing 3D technology. You may also explore under the sea adventures or through the human body at the world’s most huge IMAX Theatre located at the Darling Harbour. You may also take the express lift on your way to the Sydney Tower Eye that is the highest structure located in the city too. If you wish to do some adventure time, you can go to the Skywalk on glass platform located by the tower or scale the Sydney Harbour Bridge.

For hotel bookings and reservations in Sydney, click here.

Em in Tasmania from oso

The rates for this cruise is at $739 for the interior premises, $1349 for the Balcony accommodations and $3039 for the Suite.

Here are some of the few attractions that you will enjoy while staying at the ports of calls of the trip.

In Melbourne, you can drop by at the Federation Square, which is also a hub for Melbourne activities with function areas, guided tours starting at eleven in the morning until two in the afternoon during Mondays through Saturdays and over two thousand events are held here annually including multicultural festivals, film screening, markets, sporting events and other fun activities for the tourists to be entertained.

There also lies the Queen Victoria Market where you can do tons of shopping. Not only is it an area for shopping but also plays an important role in history. It has been known to be a favorite tourist destination.

You may also go to the Crown Entertainment Complex which is located on the north bank of the Yarra River where you can choose to stay at exceptional hotels, hold your conventions, do some gaming, dine at exquisite restaurants and do some retail shopping before coming aboard the ship.

In Tasmania, as a jewel of Australia because of its natural resources that yield magnificent views, unique flora and fauna, and all other treasures of Mother Earth, the nature lover would surely get a kick out here. You can have an easy access to the biodiversive environments that composes of animals such as the Tasmanian devil, eastern quoll, bettong, pademelon and other mammals, frogs, birds, invertebrates and reptiles that lurk its premises.

Hobart has the finest sandstone buildings that are still standing throughout the years. It has the Town Hall on Macquarie Street and the historic waterfront warehouses within the Salamanca Place. Behind it lies the Battery Point where the workers’ cottages are located and some stone homes that will give off that turn of the century feel as you will be amazed at how this area has been preserved as a colonial-era suburb in Australia.

If you want to do some adventure time, you can just book for tours or trekking trips that suit all levels of fitness and challenge on the island of Tasmania, be it through air, water or land. You will definitely enjoy a nature trip here. Over one third of this area is a National Park, a Reserve or a World Heritage protected wilderness making it a one of a kind adventure destination.

You can go on a walking trip to the Overland Track, the Wineglass Bay and the South Coast Track. You may also go fishing at pure and remote waterways that has made Tasmania as the world’s last great fisheries with a range of easily accessible saltwater and fresh fishing experiences found in Australia.

For hotel bookings and reservations in Tasmania, click here.

While on Darwin, you can enjoy touring the Fogg Dam Conservation Reserve which is one of the few wetlands in the lower Adelaide River. It is easily accessible to tourists all year round. This place is ideal for bird watching and also for trekking as there are few walking tracks in the area which will give you ample time to reconnect with nature. If you’re lucky, you will get to see a freshwater crocodile up close and personal. Intense, isn’t it?

There also lies the Crocosaurus Cove which will give you a peek of the real saltwater crocodiles. You can even swim with them in an enclosed cage. Now, how exciting can it get?

If crocodiles are too intense for you, you can go on a fishing trip instead. It is a favorite activity among the locals and tourists as well. It gives you a peaceful time with the serenity of the waters while having some catch-up bonding time with your companion or companions. You are generally expected to catch a Barramundi to bite your bait and could use your catch for dinner fresh from the sea.

You may also ride an airboat in the wetlands. It is a flat-bottomed vessel that is propelled by an aircraft. It allows you to tour into the shallow and marshy areas that is not accessible by the cruise ships.

If you’re up for some shopping, you can go to the Mindil Brach Sunset Market that’s open during Thursdays and Sunday evening. You can buy your food there such as giant paellas, Vietnamese food, kebabs, crepes, Indian food, Greek food, roast beef, and fresh oysters before you come aboard the cruise ship.

For hotel bookings and reservations near the Great Barrier Reef, click here. 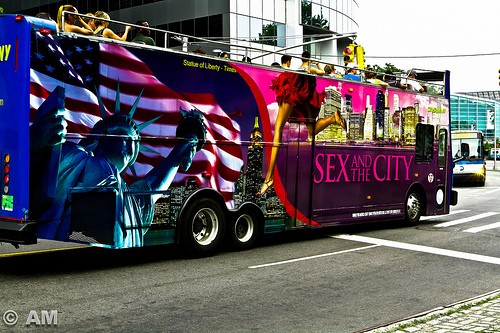 New York City has been featured in numerous blockbuster movies … 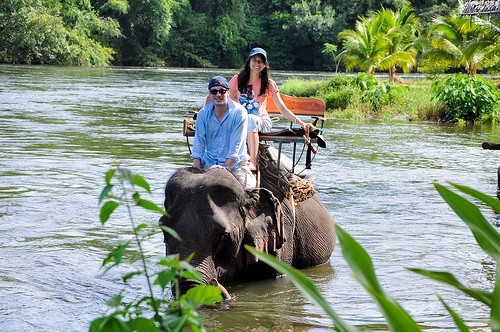 When touring Bangkok, you probably have done a lot of … 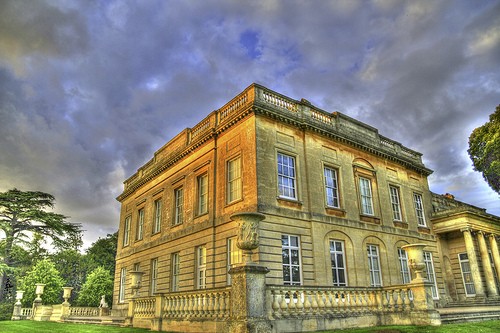 For tourists who are adventurous, history buffs, and loves culture, …